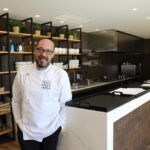 Ruben Sanchez, finalist of Chef Balfegó 2021 and chef of the restaurant Epílogo (Tomelloso) shows us how to prepare a very special and exquisite dish. 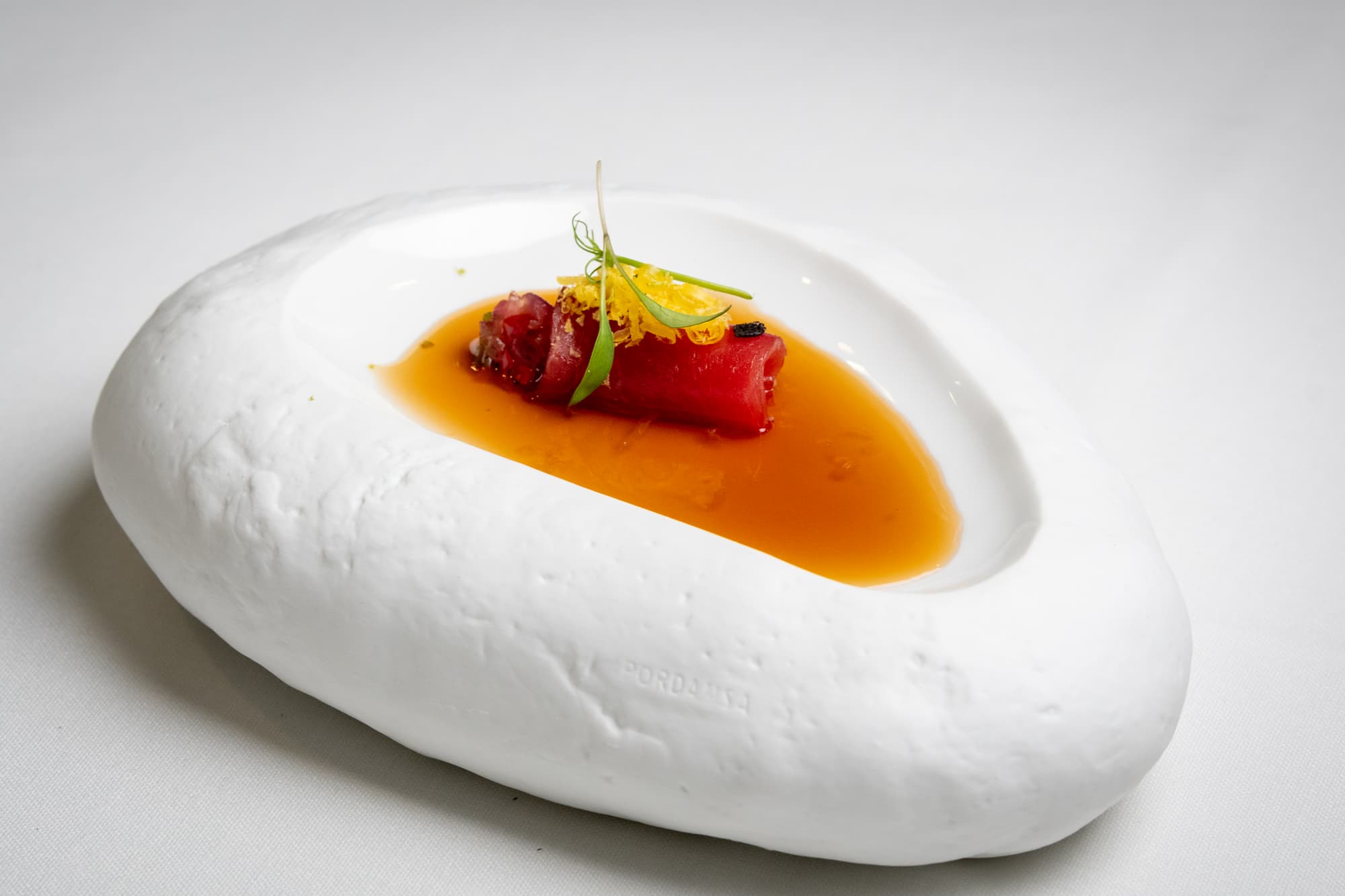 For the Balfegó bluefin tuna loin

First we cut slices from the central part of the loin and from these we cut 2×3 cm and 0.5 cm slices. Each slice will come to 25 grams per person, reserving these until the pipirrana broth is cold.

Cut the vegetables roughly and irregularly and saute without any oil until they begin to toast and soften. Then we will add the white wine and reduce until it almost disappears.

We take twelve egg yolks and place them in the mixture of the recipe and leave them there for two days. Then we rinse them with water very carefully and with a spoon take and pass them through a strainer.
We then take the resulting mixture and put it in a dispense bottle.

Cut the vegetables in very small brunoise, and reserve until the end.

For the rosemary cream

We place the oil in a saucepan and heat without boiling. Next, we add the rosemary and garlic and cook well. Heat the cream and milk together at the same time, pour the mixture into the rosemary and mix well until it reduces thoroughly. Then cool and put it in a piping bag.

For the crisp nori seaweed

We cut sheets of 2×3 cm and paint with the tpt. Then we place on round stones and bake in the oven at 160 degrees for 20 minutes. Remove carefully

Mix some egg with the vegetables of the pipirrana and make the form of the sushi rice. We then put the Balfegó bluefin tuna loin slices in the cold pipirrana broth that we have saved for it and leave it for 5 minutes.

At the time of tasting we break the nori seaweed and mix everything with the pipirrana broth to taste each and every one of the flavors.

And do you want to be the next winner of Chef Balfegó?

For the bluefin tuna loin

For the rosemary cream

For the crisp nori seaweed

Recipes that may interest you

Ventresca
We use our own and third party cookies for analytical purposes and to show you personalized advertising tailored to a profile based on your browsing habits (for example, pages visited). You can accept all cookies by clicking the “Accept” button or configure them or reject their use by clicking the “Configure” button. Finally, please refer to our Cookie Policy for more information about cookies.
Cookie Policy ACCEPT CONFIGURE
Manage consent